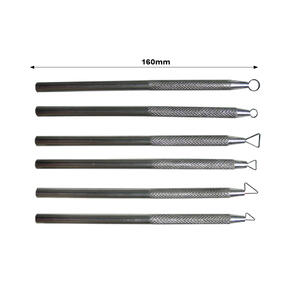 Zircon is normally used in glazes for opacification (converting a transparent glaze to an opaque). The silicate form or zirconium does not matte glazes (like pure zirconium oxide does). The exact amount needed varies between different glaze types. 10-12% is normal, but up to 20% may be required to opacify some transparent glazes. When the saturation point is achieved crystallization begins to occur. It is most effective at low temperatures. Tin oxide can be a more effective opacifier than zircon (it has various advantages and disadvantages).

As a glaze opacifier the white colour produced by zirconium silicate is often characterized as 'toilet bowl white'. Tin oxide, by contrast can produce more of a blue-white, but tin is subject to alteration of the colour (toward pink) if there is any chrome in the kiln atmosphere (zircon is unaffected by this). If the shade of white is too harsh, it can be toned by shifting part of the opacification burden to tin or by adding a tiny amount of stain (e.g. blue, brown, grey).

Its low expansion will tend to reduce crazing in glazes. In a non-crazed glaze, the presence of sufficient zircon can reduce thermal expansion enough that there is a danger of shivering (the glaze formulation may need to be adjusted to accommodate, e.g. more Zircon lowers glaze thermal expansion). It is often best to exclude the chemistry of the zircon materials from participation in glaze chemistry calculations, treating it simply as an addition (then take into consideration its effect on glaze properties on a physical rather than chemical level).

Zircon stiffens the glaze melt (increases surface tension) and this often needs to be taken into account (even though the chemistry might suggest it is sufficiently fluid). Glazes lacking melt fluidity can experience problems with crawling, blistering and pinholing since they have less ability to heal disruptions. Adjustment of the glaze chemistry may be needed (increasing the flux content while maintaining the SiO2:Al2O3, for example).

There is a clear relationship between glaze colour and opacifier content. Transparent glazes have depth, thus any colorants present produce deep and rich colour (if the glaze does not crystallize of course). But when an opacifier is added to the glaze, the colour depth is affected (according to the percentage employed). Thus a rich blue can turn into a dull pastel blue in a fully opacified glaze. Also, unlike opacified glazes, the intensity in a coloured transparent glaze varies according to thickness (twice as thick will be twice as dark); this phenomenon is often exploited for decorative appeal.

Zirconium silicate is by far the most popular opacifier in glazes. It is available from many manufacturers. Zircosil 5, Opax, Ultrox, Zircopax and Superpax are examples of trade names of zirconium silicate and zirconium oxide products. The finer the milling of the material the better the opacity and the cleaner the colour that will be produced.