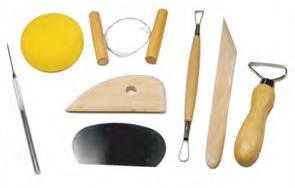 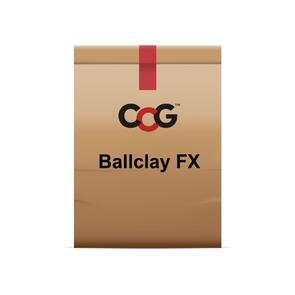 Rutile is the mineral name for natural crystals of titanium dioxide. However in nature rutile is always contaminated by up to 15% other minerals (especially iron but also things like tantalum, niobium, chromium and tin, the analysis provided here is obviously a simplification of the real picture). The term 'rutile' is thus generally understood to refer to the brown powder into which these minerals are ground and industry accepts up to 15% contaminants and yet still calls it rutile (below 85% titanium is called ilmenite). Rutile is considered an impure form of titanium whereas ilmenite is considered as FeTiO3.

Rutile produces many crystalline, speckling, streaking, and mottling effects in glazes during cooling in the kiln and has been used in all types of coloured glazes to enhance the surface character. It is thus highly prized by potters, many attractive variegated glazes are made using it. Many potters would say that their living depends on their rutile supply!

Rutile is very refractory in oxidation, even a mix of 50% borax alumina-free frit like Ferro 3134 will not melt rutile in a crucible. In reduction, the improvement in melting will depend on the amount of iron present.

In ceramic glazes rutile is more often considered a variegator than a colorant. As little as 2% can impart significant effects in stoneware glazes. It is normally used in combination with a wide range of metal oxide and stain colorants to produce surfaces that are much more visually interesting. In glazes with high melt fluidity (e.g. having high boron), large amounts of rutile (e.g. 6-8%) can be quite stunning. The rutile encourages the development of micro-crystals (it is crystalline itself) and rivulets. Since rutile contains significant iron its use in combination with other colorants will often muddy the colour that they would otherwise have or alter it if they are sensitive to the presence of iron. Even though rutile generally makes up less than 5% of stoneware glazes that employ it, they are often called 'rutile glazes' in recognition of its dramatic contribution.

Excessive rutile in a glaze can produce surface imperfections. In addition, when rutile is employed in higher percentages (e.g. 5%+) a given percentage might work well whereas a slightly higher amount can look drastically different. Such situations are vulnerable to chemistry changes in the supply of rutile. Thus people will often do a line blend trying a range of percentages to determine an optimal amount.

In glazes rutile can be quite sensitive to the presence of opacifiers. While an unopacified glaze might appear quite stunning, the addition of a zircon opacifier will usually drastically alter its appearance and interest because the variegation imparted is dependent on the glaze having depth and transparency or translucency. Strangely rutile and tin, another opacifier, can produce some very interesting reactions and it is quite common to see tin in amounts of up to 4% in rutile glazes. In these cases the tin appears to react in the crystal formation rather than opacify the glaze.

Rutile powder, although its colour makes it appear to be a very crude ground mineral, normally contains 90%+ titanium dioxide. However this does not mean that you can use a 90% titanium:10% iron mix and get the same result in a ceramic glaze (obviously line blending would be needed to match the amount of iron). The mineralogy and significant other impurities in rutile are a major factor in the way it acts in glazes and are not easily duplicated using a blend of other things.

Although rutile will normally stain a glaze brown or yellow, its crystallization effects can significantly lighten the colour of iron glazes. Higher amounts of rutile in stoneware glazes will often contribute glaze imperfections.

Rutile is used for special effects in leaded glazes and can form up to 15% of the recipe.

Rutile can be used as a tone modifier to soften the more potent colorants.

Rutile can be added to low fire bodies to make them burn golden yellow.

Rutile and cobalt can crystallize to form green glazes.

Rutile can produce soft tan colours due to its iron content, especially in matte glazes.

5-8% added rutile can give powder to deep blue colours in reduction. These colours can be brilliant and mottled with shades of browns and tans. Rutile effects can be hard to Like copper reds, rutile blue reduction effects depend on adequate silica being available (7 times or more that of alumina).

Classic rutile blue glazes are best made by using rutile in fluid glossy bases. The amount of iron in the rutile (or from the body) determines the degree of blue since its reduction to FeO is a key to the effect. Since rutile is variable in makeup, changes in the iron content will change the blue colour. The fact that titanium dioxide additions do not make good blues suggests that the iron-titanium mix is the key to good colour.

Silky matte variegated blue glazes can also be made with rutile additions.

If you employ this type of glaze be sure that you have a large supply of rutile on hand and test new supplies thoroughly.

Rutile produces many shades from pale straw to tan to cinnamon brown to orange brown. Alkaline glazes experience less of the classic rutile crystalline effect. Colour intensifies with increased amounts and tends to be darker in reduction.

Even in small amounts, rutile tends to matte the surface of leaded glazes.

As an opacifier rutile is economical compared with pure titanium and it is employed where white shades are not required. It is also used to stain pottery bodies and glazes (yellowish, orange and tan colours are most common because of its iron content).